While working on translation projects, we need to create multiple copies of an English video to Indian languages (such as Hindi, Marathi, Tamil, Telugu, Assamese, Malayalam, Kannada, etc), and often during the editing process, I have observed language errors appearing on-screen.

When a translated text (from English to an Indian language) is copied from a document to an After Effects or Premiere Pro project, sometimes, the letters or the glyphs may appear incorrectly.

For example, if the below sentence in Malayalam (which means, ‘Welcome, everyone’ in English) is copied and pasted on to a project file, 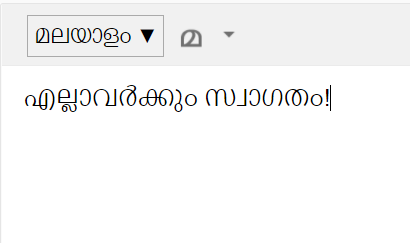 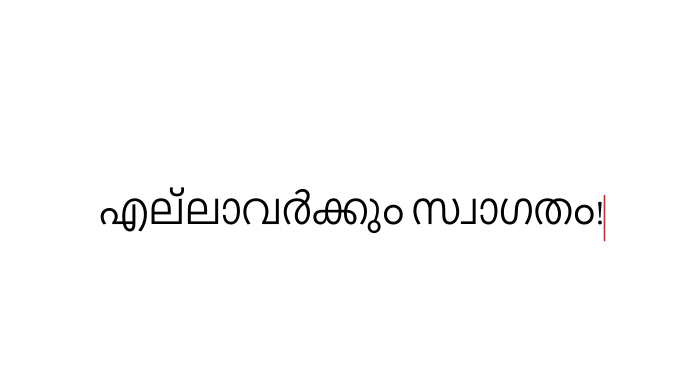 When this occurred constantly, it became a pain point for the client as well as to the editors/animators. We temporarily solved the problem with a Unicode conversion method found by one of my colleagues and it helped us in many projects afterward.

However, while working on Telugu translations, even after using the Unicode method, if there was an error, we had to individually copy and paste the Telugu words or letters to the After Effects project.

So in order to further simplify the process, I did a bit of research and found out that the Indic Language Preferences switch in After Effects (2020) can solve this issue.

All you need to do was to change install the required Indian fonts and change a setting in After Effects/Premiere Pro while pasting the Indian language onto the project file. You don’t need to use a Unicode converter for language conversion as After Effects does it for you.

The idea was to recreate the same mistake (as in here, the issue of misplaced letters in words) and then check if the Indic Language preference solved the problem.

With Indic Preferences settings switched ON in After Effects and also by setting the right font (use the same font used for translation), you will get an error-free Indic text on the screen. Even toggling the Indic Preference settings alone works sometimes.

You always need to start with a new text input because if you try and paste an input over an existing text (wrong text layer or input), it will not work.

Steps to Switch on Indic Preferences and Installing Supplemental Fonts

Install the following fonts by searching them in the search bar and install them in your system.

This is a switch to make After Effects handle complex Indic scripts. So whenever you are about to paste an Indic language, switch this preference ON. You also need to start with a new text input. If you try and paste it over an existing text (wrong text layer), it will not work.

Or click on ‘South Asian and Middle Eastern’ in the ‘Text Engine’ and set Select ‘Indic’ in ‘Languages Selection’ (for older versions).

Now, whenever you are required to use South Asian and Middle Eastern languages on After Effects or Premiere Pro, set the Indic preference ON, and then copy-paste the sentence to a new text layer. Also, make sure that you have the supplemental fonts installed.